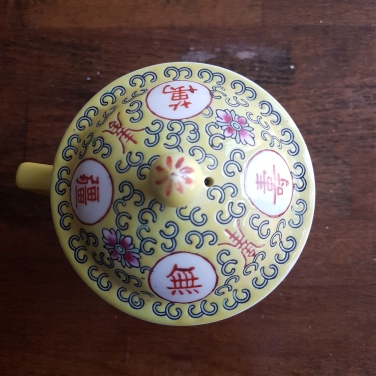 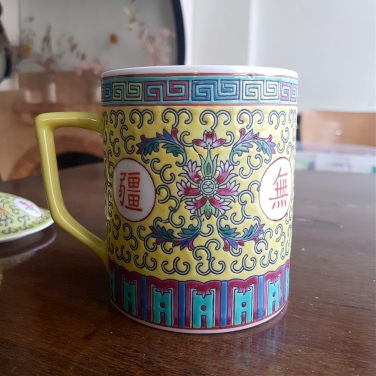 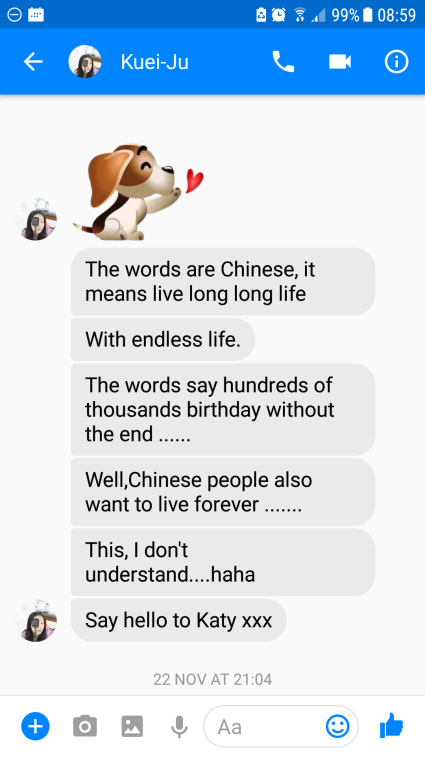 The tea-plant, a native of southern China, was known from very early times to Chinese botany and medicine… and was highly prized for possessing the virtues of relieving fatigue, delighting the soul, strengthening the will, and repairing the eye-sight. It was not only administered as an internal dose, but also often applied externally, in the form of a paste, to alleviate rheumatic pains. The Taoists claimed it as in important ingredient of the elixir of immortality. The Buddhists used it extensively to prevent drowsiness during their long hours of meditation.

Mug: from set of Do Not Alight Here.

It seems that more intimate, monitor-based screenings are the popular choice for Snöplog.

After making an appearance in the Private Cinema Installation at DFFUK in London this summer, Snöplog will be screened at FIVC, Festival Internacional de Videodanza de Chile, in Santiago de Chile, this November.

The film will be part of the FIVC OFF selection, shown as an installation in the Centro Cultural de España for the four days of the festival, 24-27 November 2015.

The International Journal of Screendance Volume 4 is now online, including my essay

“Cutting across the century: an investigation of the close up and the long-shot in “cine-choreography” since the invention of the camera.”

Do have a look and let me know your thoughts.